The ARC Tour and Promotion Event for my award-winning debut in the Highland Legends Series, Forged in Dreams and Magick, is now posted on AToMR Tours!

Book Bloggers, I would love for you to sign up for a promotional event, an ARC review, or both!

Pandora’s Happily Ever After castle charm is such a beautiful keepsake for the launch, for Forged in Dreams and Magick, and for all lovers of happily ever afters. 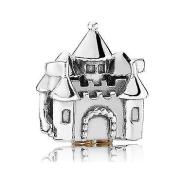 Thank you for your excitement and participation in the events leading up to the book launch.

Your humble (yet excited) shoe,

Thank you Tamie and Bookish Temptations for sharing this exclusive teaser from Forged in Dreams and Magick on the beginning of its two-month countdown to release day on September 23, 2013!

Be sure to comment on the Bookish Temptations’ teaser or my one-year blogiversary post for a chance to win one of four $25 Amazon gift cards with signed copies of Utterly Loved!

Today I am so excited to be sharing an exclusive teaser with you from Forged in Dreams and Magick by Kat Bastion. Perhaps when you think of May Day, an image of maypoles with their dance and colorful ribbons comes to mind.

Did you know that some believe the maypole itself is a phallic symbol?  It’s apparently discussed by Sigmund Freud himself.
(Not that I’ve had any such discussions.)

Hmmm…I wonder what Freud would say about my tendency to work sex into a discussion about Beltane.
{runs far away from the couch}

What of the Gaelic celebrations of Beltane (on May 1st) and Samhain (Oct 31st-Nov 1st)?

Before I began writing Forged in Dreams and Magick, I’d only read of Samhain in fictional paranormal romance novels. My insatiable curiosity had been sparked.

When we think of Halloween and Day of the Dead, we get a close idea of Samhain.  It’s a day of pagan tradition when the barriers between the spirit world and the human world grow thin, and many believe…penetrable.

Hence all the skeletons and ghosts…

Ireland, Scotland, and the Isle of Man celebrated Bealtuinn on May 1st to mark the beginning of summer.  It’s also a day where they believe the walls between the worlds of the living and the dead…and the humans and the fae…grow paper thin.

Early records, dating back more than a millennium, speak of the druids walking cattle through bonfires to protect the herds and promote a good harvest. It’s said that Gaelic Beltane rituals in Scotland also celebrated the fertility and good health of their livestock, plants and people.

What does a writer do when her heroine is dropped into medieval Scotland just before the celebration of Beltane?
{smiles}  She lets her imagination run wild.

In Forged in Dreams and Magick, I bring to life a very special celebration of Beltane.  A colorful festival with Highland games, feasting, and of course…danger…lead us to the culmination of the event.  When our heroine walks between two blazing bonfires with the hero at her side, they embark on a journey that changes them both forever.

{whispers} But…those secrets will be revealed in due time…

I cannot wait to share more of Forged in Dreams and Magick the first novel in the Highland Legends series.

For now, Happy Beltane, everyone!  May this year bring all of us a fruitful harvest, so that we may share our abundance with others.

Until next time, my friends… {vanishes into the Highland mist}